Here’s What Happens When You Drink While Working from Home 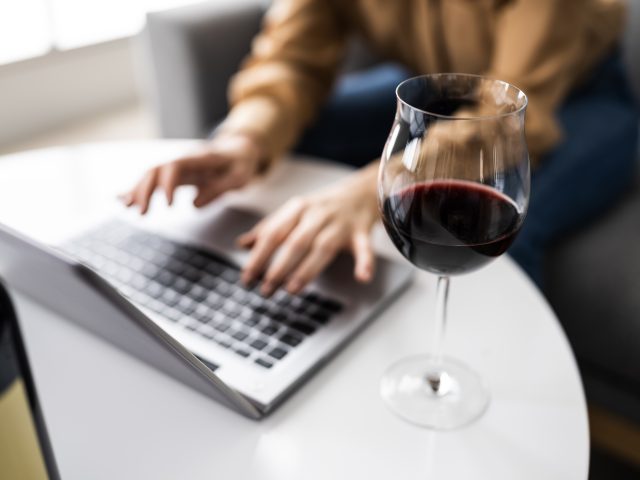 You log on for work each morning without first taking a shower or even putting on pants. That has become a norm for many people working from home during the pandemic. But just as the shift to working from home has changed how people prepare for work, so too has it changed what some employees do as they work.

One of the more notable changes has been the increase in employees drinking during work hours. You wouldn’t open a beer at your desk or come back from lunch after having a few glasses of wine when working in an office. But now that you’re working from home, you may not have anyone around to notice if you have a drink or two on occasion, or even every day.

Although the statistics vary from survey to survey, the results are clear. The freedoms of working from home have made it possible for workers to do things they wouldn’t do in the office. There’s no one to answer to, and in many cases, no one even knows that it’s happening.

Having an occasional drink during work hours may not impact your productivity, but getting into the habit of drinking while working does more than just violate company policy. It can lead to alcohol abuse. The more often you drink alcohol and the more you consume, the more you come to rely on it as a way to de-stress or relax. As your body becomes more tolerant of alcohol, it causes you to need more to feel the same effects.

There’s no doubt that working from home during the pandemic has come with its own set of stressors—it’s not all fun and games. But turning to alcohol as a way to cope can be dangerous. It can set you up for health issues and can impact your work, putting your job at risk. It can even lead to alcoholism.

So the next time you’re tempted to crack open a beer in your home office or pour some whisky into your coffee mug, think about whether you would do the same if you were still working in an office. If the answer is “no” (which it mostly likely will be), skip the drink while working and save it for happy hour.